Lancers prevail in tight game against Frederick Cadets: Photo of the Day 1/15/2017 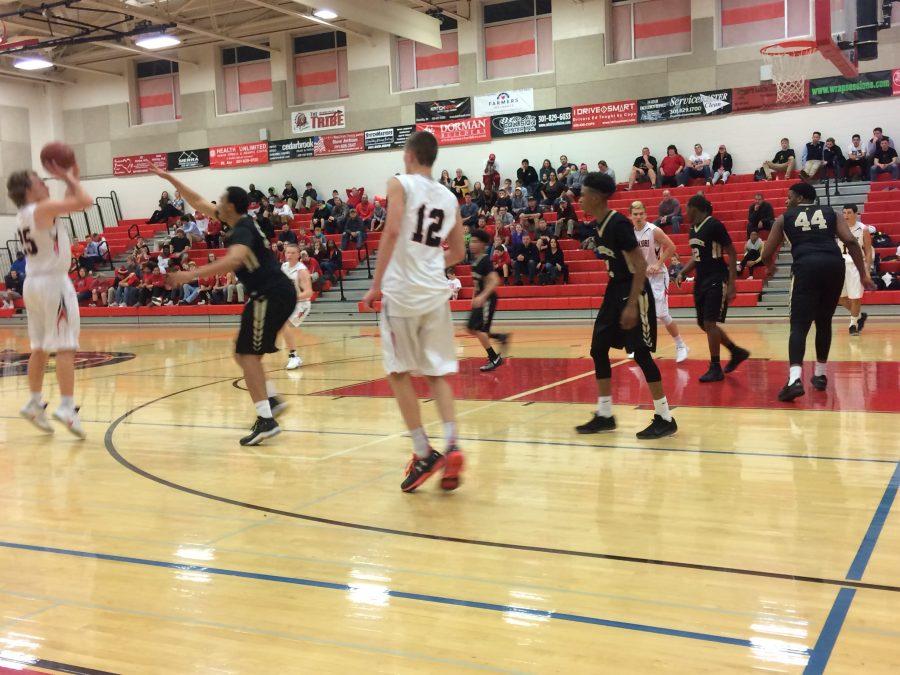 Harry Rassmusean shoots and scores a basket in the second quarter of the game against the Frederick Cadets.

On Friday, January 13, 2017, the boy’s Varsity Lancers basketball team took on the Frederick Cadets whose record was 6-4 before coming to the face Linganore on their home court.

Throughout the entire game, the score was nerve-rackingly tight, where the Cadets were never more than 10 points away from the Lancers. In this match, Linganore was simply not able to go easy on the other team for even a fraction of a second.

Hanna Parker, Class of 2019, said, “The game was so close, I was on the edge of my seat the whole time…it was really intense, but that’s what made it so fun!”

The next game will be at Winters Mill High on Tuesday, January 17 at 7 PM.