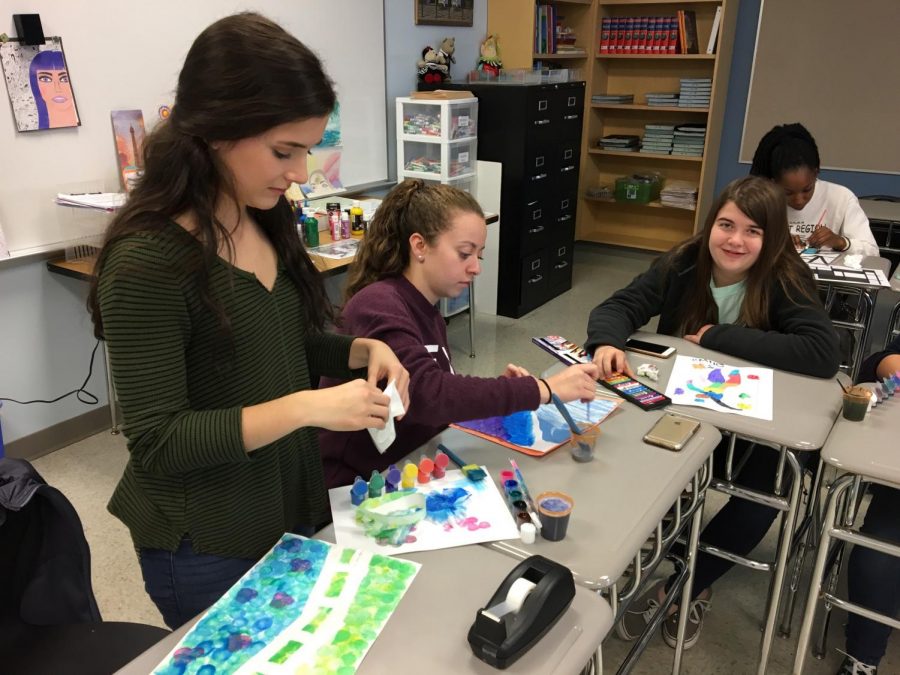 French Week, a national event created by the American Association of Teachers of French, lasted from Monday, November 12, to Friday, November 17. The purpose of the event is to promote the study of French with French-related activities for honor society members and for the entire school population.

“I used the inspiration from real French artists that Madame Blonder gave us as a basis for my painting. I thought that it was really cool that my peers liked my painting and that it was recognized.” said Hall.

On Wednesday, members wrote notes of compliments in French to give to their friends and teachers.

During French Week, a banner with the French Flag is hung in main street. It has been signed by every senior member of FHS since 2012.

French week is one of the most popular FHS events. Schuller says her favorite day is the picnic, Harris says her’s is the painting, and Hubble says she likes any day where she can get food.

The Linganore chapter of La Société Honoraire de Français, the French Honor Society, is in charge of creating school specific French activities for French Week. The society is run by adviser Dragana Blonder and student officers. The officers are:

To be eligible for acceptance into FHS, students must earn an A or B in French 3, and maintain a 3.5 cumulative GPA. This year, they have 25 members. FHS does not induct its members until the end of the year. This year, the induction is May 16 at 6:30.

Anyone interested in joining French Honor Society should talk to Madame Blonder in room  C229.