Food Allergy Awareness: What You Don’t Know Can Kill You 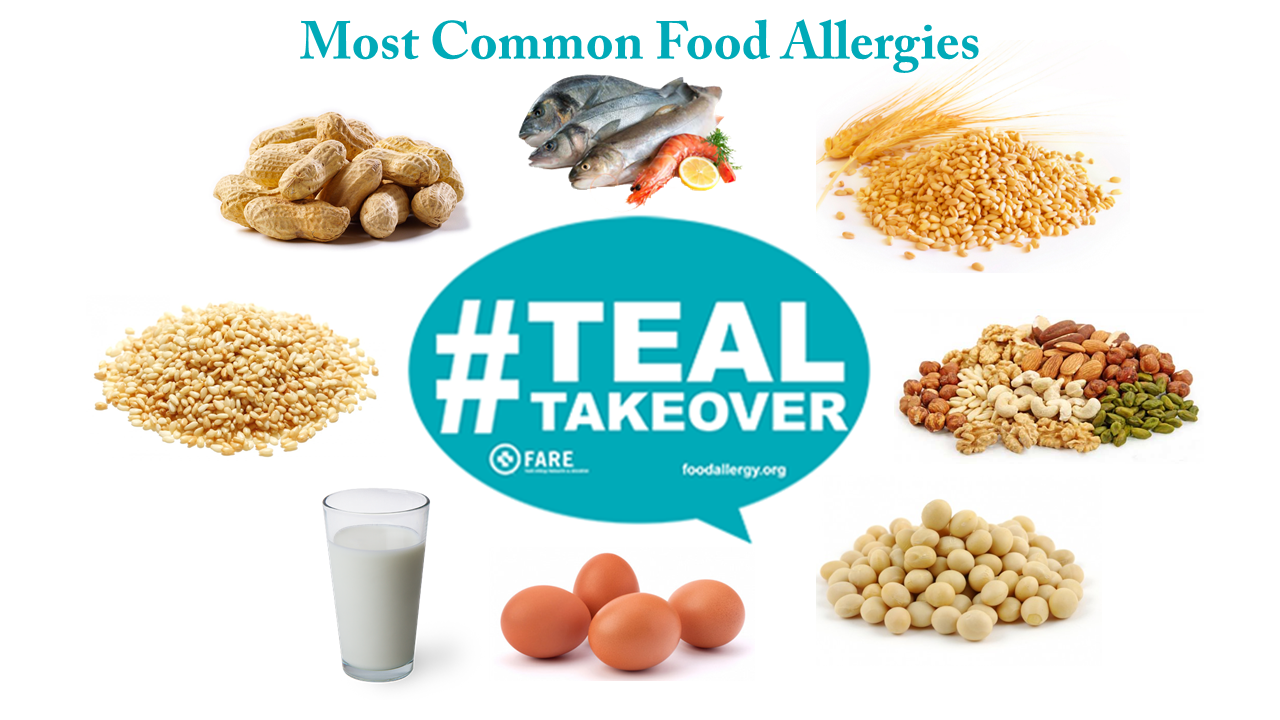 May 14th through 20th is the 20th annual Food Allergy Awareness Week. Of course, a week is not long enough to bring awareness to a growing danger across the world.

In the United States, approximately 15 million people have a food allergy. That equates to a food allergy for 1 in 13 children in school.

A food allergy is a medical condition in which a harmful immune system response occurs when exposed to a certain food, called an allergen.

To clarify, though, there is a difference between an allergy and an intolerance. An allergy has a reaction from the immune system. Usually, allergies are more severe. Although the two are different, the general idea of avoiding consuming the allergen(s) is a commonality.

Personally, my mom, sister and I have a gluten (found in wheat, barley, rye and oats), corn and dairy intolerance. My older brother has a severe peanut allergy. My mom has a whole collection of other intolerances including, but not limited to, soy, nightshades (a type of vegetable), grains and many other foods. My sister also has an intolerance to soy, and oddly cannot consume the spice cumin.

While I have more experience with food intolerances than allergies, I know the feeling of having to dodge many different foods. Corn, gluten and dairy are in so many foods! In the end, though, I am quite thankful I am only intolerant rather than allergic to these foods.

There are a large number of reactions that can occur depending on the person and the severity of their allergy. The range of reactions goes from breaking out in hives to tightening of the throat causing a difficulty breathing.

Another factor is how the person with the allergy reacts. Many react through ingestion, but reactions can occur through contact and even if the allergen is airborne.

The most severe and life-threatening reaction is called anaphylaxis. Anaphylaxis is an entire body reaction, which includes symptoms that involve breathing, the heart, digestive systems, or cause profuse sweating, dizziness, confusion and/or feelings that something bad is about to happen.

Not only is it important that it is administered, but administered quickly, as every second truly counts in this kind of emergency. In the case of a food allergy, it only takes about 30 minutes to go into cardiac arrest.

The central problem with food allergies is that there is no certain cure or treatment for food allergies yet. “Currently, the only way to prevent a food-allergic reaction is to avoid the problem food,” from FARE website.

One may wonder with the complexity and amount that can happen to someone with food allergies, how do schools handle it?

The school as a whole tries to be as peanut and tree nut free as possible. For the current school year, there are 24 EpiPens held at the nurse’s office. There is also a set of EpiPens that would be administered in the case of someone having an allergic reaction, regardless of a prescribed EpiPen or knowing of an allergy.

Earley added, “For certain people, it can be a life or death matter. Those cases are actually rare, but there are still plenty of them.”

When on field trips, the teachers are trained how to use an EpiPen, whether or not there is a student with a known allergy.

The policies are in place and getting taken care of from the health department’s side, but a problem that comes up is leniency in classrooms.

While technically food is not really allowed into classrooms, there will always be broken rules.

This is where problems can start. When rules are bent and actions taken may not comply with the health department, the risk begins for a reaction to happen.

Beyond the risks that are taken when leniency occurs, there is a social element, too.

As one can imagine, those who don’t have allergies are not particularly interested in rules and restrictions with food.  It is not very “cool” to be the one person among 1399 other students to have the rules changed… even if it is for your own safety.

In school and outside of school, food is being used as such a popular incentive for everything. It leaves those with allergies (and intolerances) out.

For example, cookies are given at lunch to those with honor roll report cards or straight A’s on the midterm and term ends. How does someone with food allergies know that they are free of their allergen?

It’s understandable that students with food allergies, intolerances and other restrictions will deal with this all their lives. Therefore there is a responsibility for them to learn how to avoid their allergens. At the same time though, half the responsibility lies with this school to help these students stay safe.

My general conclusion to this exclusion of students with food allergies, intolerances and other dietary restrictions is to find incentives that are not food-based. Stop rewarding achievements (or anything) with food.

The importance of Food Allergy Awareness Week is not only to bring light to food allergies as a medical condition, but what living with them is like. How awareness saves lives, helps to lessen the negative social element and above all, find a cure or treatment for food allergies.

Food Allergy Awareness Week is run by FARE (Food Allergy Research and Education). The color for food allergy awareness is teal, being worn, displayed and used all throughout the week, such as lighting up the Empire State Building in teal.