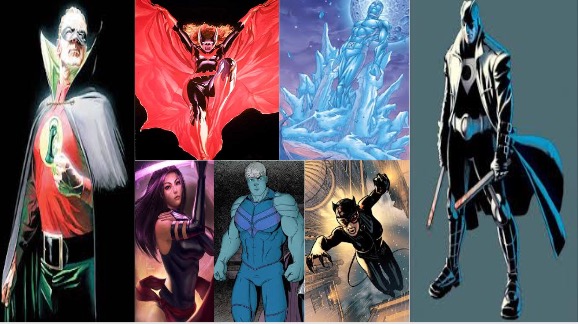 For those of you who don’t know, June is the month dedicated to LGBT+ pride. Having heroes in the community for young LGBT+ teens like me and others to look up to and be inspired by is important. These heroes can give the LGBT+ hope and inspiration to do great things. This blog is dedicated to bring light to some LGBT+ heroes you may not know about. In this issue, we’ll be talking about Deadpool, Batwoman, and Midnighter.

Many people don’t know that our favorite fourth wall breaking, comedic Deadpool is actually pansexual. The creator of Deadpool, Fabian Nicieza has called Deadpool the epitome of inclusive. It has been said that Deadpool rarely, if at all, has a hetero relationship. Deadpool has also been seen to have relationships with nonhuman people like demons. To back up Deadpool’s sexuality, there is a comic where Deadpool says that Thor is attractive (Deadpool Team-Up Vol. 1 887).

Midnighter, a hero not as popular as Batman or Ironman, is also gay. Midnighter hasn’t as popular until DC Comics brought back Steve Orlando write a miniseries known as “Midnighter and Apollo.” Midnighter is a hero with a “fight computer” implanted in his brain to help him fight crime. Midnighter is also in a relationship with his crime fighting partner, Apollo.