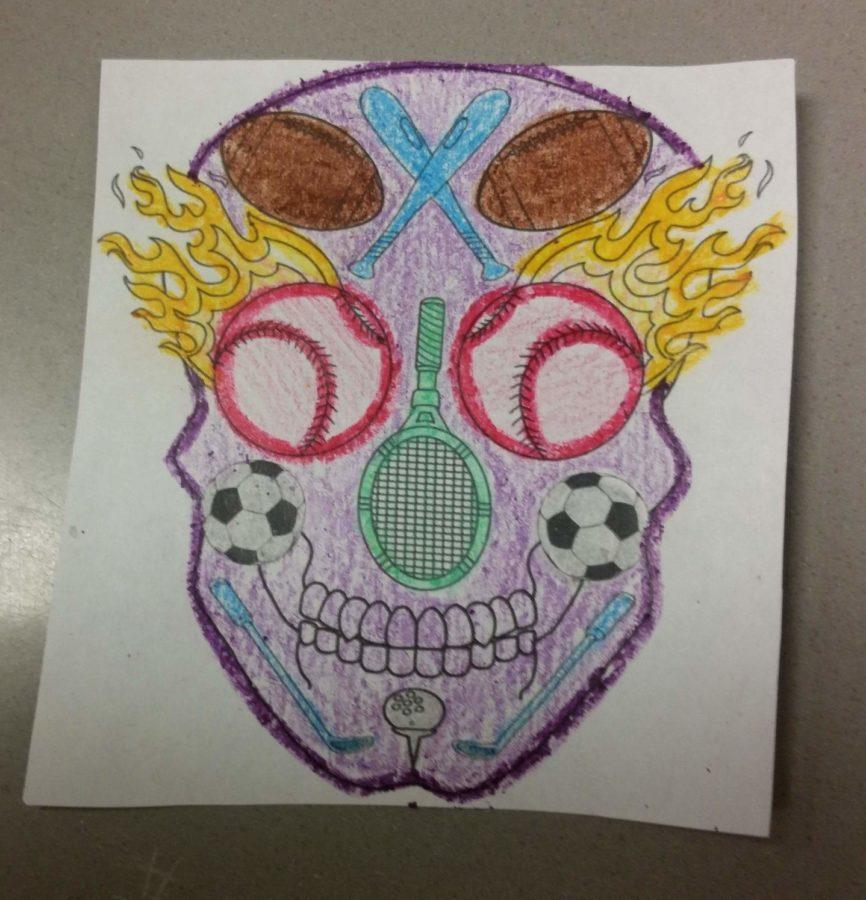 After Halloween, most think that the holiday season is over until Thanksgiving. However, they are forgetting one joyous holiday called Día de los Muertos.

Día de los Muertos is Spanish for Day of the Dead or All Souls Day. On Día de los Muertos, people clean up the deceased’s gravestone, place their favorite food at the final resting place, and decorate the surrounding area with brightly colored flowers and sugar skulls.

Along with placing favorite foods at a loved one’s grave, pan de muerto, Spanish for sweet bread of the dead, is added. This bread is traditionally very sweet to further emphasize the point that Día de Los Muertos is not a somber ritual, and is, instead, a celebration.

Pan de muerto is placed at grave sites to reconnect with the deceased and rejoice in their memory. Legend has it that it also placed at graves to provide nourishment for the soul after their long journey to earth to spend the day with their family.

Lancer Media tasted homemade pan de muerto and reviews were generally favorable. The sweetness of the condensed milk mixed nicely with the anise seeds and the sugar on top complimented the bread.

However, the taste testers picked up on the fact that the bread is a bit dry. This is because the bread is typically served with a steaming cup of Mexican hot chocolate or Café de Olla.

When served with a warm mug of one of those delicious beverages, it’s easy to see why someone would spend around five hours making this pastry.

Before you serve this loaf at your next Día de los Muentos party, consider others’ dietary restrictions. While this bread is vegetarian, it is not gluten free or vegan.

To make sure that the vegans in the class did not feel left out, I created two small coloring sheets depicting sugar skulls. Everyone was invited to chose between coloring a sports or a musical themed skull with the colorful crayons provided.

Kennedi Ambush, whose sugar skull is the featured image, said, “I love the idea behind Day of the Dead. Celebrating the lives of those deceased isn’t something we do often but we should do more.”