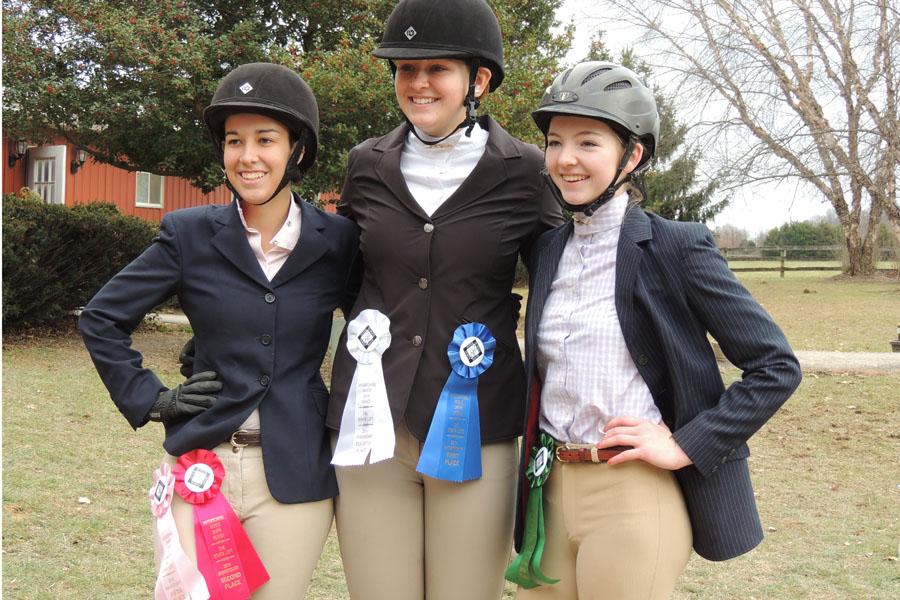 Magena Straight, Katie Gallagher, and Jessica Mitchell posing for a picture with their ribbons after they are all done showing.