Ecigs: Are they safer than Cigarettes? 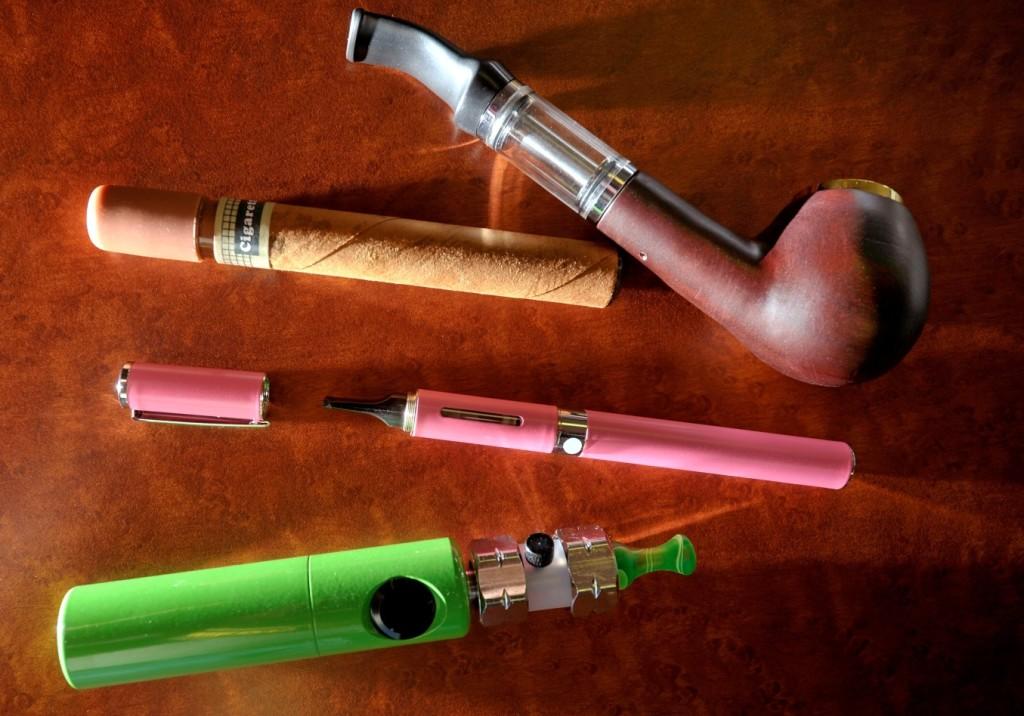 There are many different types of ecig.

Everybody knows about the risks associated with cigarettes.  We’ve all seen the ugly lung cancer pictures. Users understand how the main drug in cigarettes, nicotine, can cause people to be hooked for life. But now there is a new product that’s starting to gain more mainstream popularity that is often thought of as a healthy alternative to smoking cigarettes.

Electronic cigarettes, often called ecigs, allow people to inhale a vapor containing nicotine without inhaling the other dangerous chemicals that cigarettes contain. Because of this, many people use ecigs to help them quit smoking.  But are these ecigs really safer than cigarettes?

In an interview with ABC News, Thomas Glynn, the Director of Science and Trends at the American Cancer Society, said there are always risks when one inhales anything other than fresh, clean air, but he said there is a great likelihood that e-cigarettes would prove considerably less harmful than traditional smokes, at least in the short term.

“As for long-term effects, we don’t know what happens when you breathe the vapor into the lungs regularly,” Glynn said. “No one knows the answer to that.”

In a CBS news article written by Brian Montopoli, the FDA said that it is still unknown if ecigs are safe on their own, with some people expressing concern about a chemical called Propylene Glycol that is found in the liquid that users inhale.

Because the health risks associated with this chemical and some other chemicals found in ecigs are still unknown, the FDA wants to regulate ecigs the same way that they regulate other tobacco products until more conclusive studies are done.

A spokesperson from the FDA said, “The FDA intends to propose a regulation that would extend the agency’s ‘tobacco product’ authorities — which currently only apply to cigarettes, cigarette tobacco, roll-your-own tobacco, and smokeless tobacco — to other categories of tobacco products that meet the statutory definition of ‘tobacco product’.”

Despite the mystery surrounding its health risks, senior Austin Grant, an employee at The Vapor Emporium, a store in New Market that specializes in selling ecigs, says that ecigs have become pretty popular at Linganore.

“In a place where many age groups are put in a class and see each other on an everyday basis, it’s easy to find someone who is 18 years old and doesn’t mind getting one for you if you’re paying. I work at the Vapor Emporium and I can’t even tell you the number of kids I’ve turned away because they’re under-age and don’t have an ID,” Grant says.

Some students are even bold enough to use their ecig while they’re at school, even in class.  While teachers have been trained to identify the ecig, the lack of tell-tale odor makes it harder to detect.

Despite the fact that some students use ecigs in class, Deputy Calimer, Linganore’s School Resource Officer says, “You can’t possess any tobacco product and any cigarette is a tobacco product.”

He also makes it clear what the punishment for possessing one on school property is. “They confiscate the ecig and then they return it to a parent at a later time.  You can also get a referral, and if it becomes an issue beyond that, then the school could possibly suspend you,” Calimer says.

Although he doesn’t support its use, Calimer believes that ecigs are much better than cigarettes. He’s not alone in this mindset. Austin Grant has heard of many people’s [positive] experiences with using ecigs to help them quit smoking.

“An overwhelmingly high number of people tell us that they actually are feeling a lot better using ecigs than they did while smoking.  Many people’s doctors recommended that they try ecigs because it’s so much healthier than smoking,” said Grant.

While there is still no clear answer as to whether or not ecigs cause health issues, many people agree that ecigs are much safer than cigarettes.